Have you been watching Nashville?

It makes me so happy that friends who used to sneer at my love of country music are finally ‘getting it’.

I was raised on music diet of country music and Elvis. Whilst I still adore Elvis, country music has remained as a genre of music I love to listen too.  I enjoy the story telling inherent in country music and it’s simplictiry. I love that I can clearly  hear and understand the words. I love  and the fact I can singalong and  that it always made my mum so happy!

I worked in the USA for five summers in my teens and early twenties. I literally had the time of my life.  I worked on a summer camp in Minnesota and I was the music counselleor. We played a lot of country music that summer! Each Friday night we would drive down to the Pickle out local bar and country music would be blaring from the juke box. 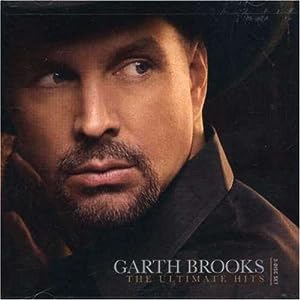 I had 2 favorite songs from those summers Fishin’ in the Dark (originally by the Nitty Gritty Dirt Band and later sung by Garth Brooks) and Friends in Low Places , also by the very gorgeous multi talented Garth Brooks. How I loved those songs. In the summer of 1990 all that played in the Pickle was Friends in Low Places and we would all join in singing. I have such great memories. It was no1. In the US charts for 4 weeks. and it won the Country Music Association awards for 1990 Single of the Year.

Many of my friends at the summer camp were from Ireland and that New Year I was invited to Ireland to spend some time with them. I was so delighted to be there and catch up with our old memories. the first night I was there we were in a bar In Dublin and they started playing Friends in Low Places. I could not believe it! It actually got to number 3 in the Irish charts (and no.36 in the UK).

That made me so happy. What a brillaint New Year’s Eve that was indeed! Garth Brooks Ireland and old friends. Perfect.

He has sold more than 125m albums and he retired in 2001-2009 to raise his babies. What a sweetheart!  Garth is big star in the US but also over in Ireland.

Garth is much loved in Ireland and will be returning soon to his ‘most favourite place to sing’. He will be playing Croke Park, Dublin from  the 25-27 July 2014 and all tickets were sold out in 2 hours of being released !!! Wow!

Gosh how I wish I was one of those lucky fans!

How to Pick the …

How Not to Fall …

How to Afford Christmas …